A brief history of wind chimes 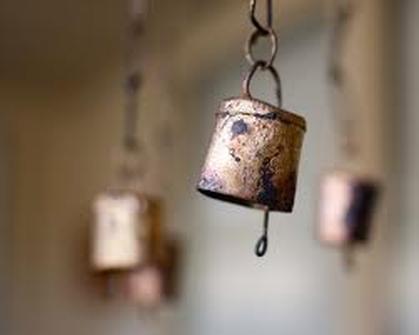 Wind chimes have a long and varied history.  Their development spans cultures, continents and uses.  As one of the world's first musical instruments, wind chimes have long been known for their soothing, meditative and sometimes earthly sounds.  As a result of their unique sound, wind chimes have served as a way of shaping the atmosphere of natural environments for millennia.

The wind chime can trace its lineage back almost 5000 years.  The first evidence of wind chimes, found at archeological sites in South East Asia, dates them to about 3000 B.C.  Primitive constructions of bone, wood or bamboo, stone or shells, the earliest wind chimes were thought to be used to ward off evil spirits.  However evidence exists that wind chimes had a more practical use as well; digs in Bali, Indonesia show that farmers used the sound wind chimes and wind clappers make to scare birds and other animals from their cultivated fields.  By 2000 B.C. the wind chime had been developed independently along the shores of the Mediterranean and was being cast in bronze by the ancient Egyptians.

It wasn't until around 1100 B.C., when the Chinese started casting bells, that the wind chime found its more modern, musical and artistic evolution.  Highly skilled metal workers created the forefather of the wind chime, a clapper-less bell called yong-zhong, which was used as an accompaniment for religious ceremonies.  After that the Chinese developed what is essentially the modern wind bell, called the feng-ling.  This they hung from the eaves of shrines, temples, pagodas and in caves as wind bells were considered religious talismans thought to repel evil demons and ghosts and attract benevolent spirits.  This practice was adopted in the secular world and wind chimes became common adornments in the home as a way to protect against spiteful supernatural influences.

The use of wind chimes in the home spread from China to Japan and from there to the western world in the 1800's when Asian art, design and philosophy started to show a distinct influence in Europe and America.  The practice of feng-shui helped to spread the knowledge of a wind chimes calming and balancing influence in the home.  An ancient system of using arrangement maximize the flow of life energy, or Chi, feng-shui often uses wind chimes as a means of shaping an environment and influencing chi.  The tones and materials of a particular wind chime can affect energy and change the mood and feeling of a living space.

From uses in pagodas to ward of evil spirits to their employ by ancient Celtic tribes as a means of tricking their enemies into thinking the woods were haunted, the wind chime has had long and diverse role throughout history.  In its modern incarnation the wind chime is a wonderful accent to any home or garden.  The soothing tones echo the music of the breeze and bring a relaxed, meditative feeling to an environment; creating a place of peace and balance.

Your assignment: design and construct ceramic wind chimes based around a theme that is meaningful to you. 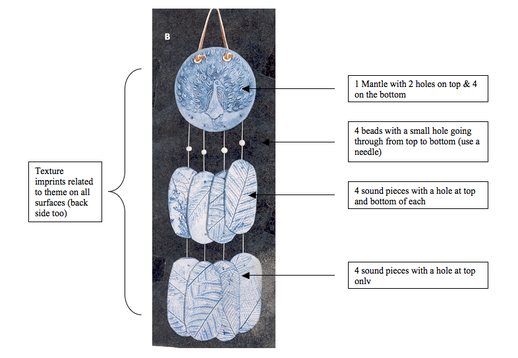 Come up with a theme to base your wind chimes around.  Brainstorm things that bring you peace, make you happy or that you find beautiful or inspiring.

Each part should have a shape, design and texture that reflects and relates to your chosen theme.

Design your wind chime in your sketchbook.  Include detailed descriptions of each piece such as: what it is, how it relates to the theme, where will holes be place, how will texture be used, etc. 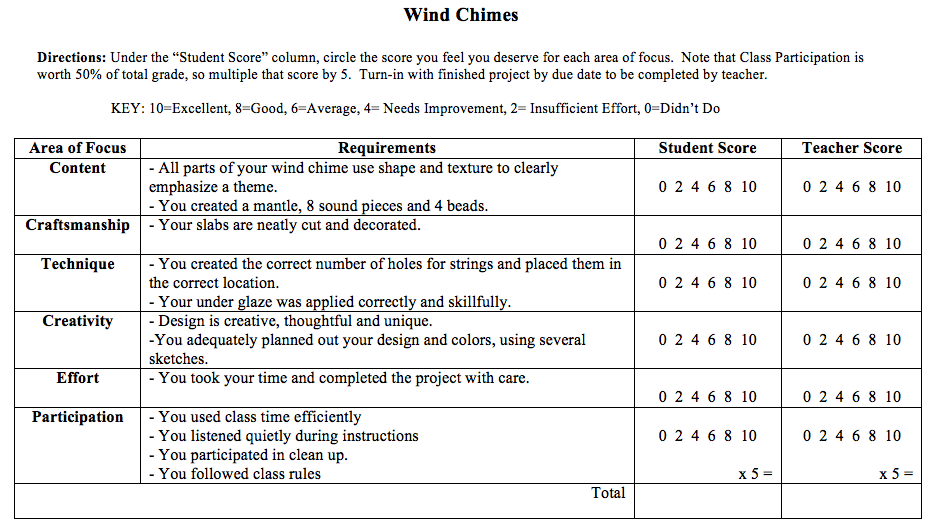